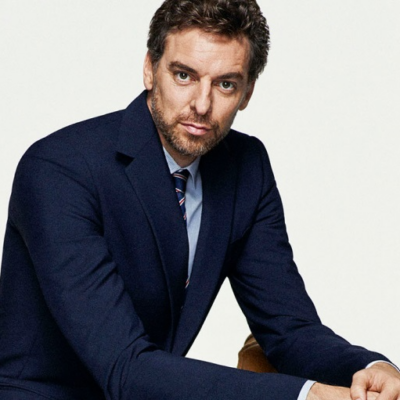 Basketball player in the NBA and in the Spanish National Team. President of Gasol Foundation.

Pau Gasol began his career at F.C. Barcelona, ​but before becoming a professional basketball player he completed a year of medical studies at the University of Barcelona. In 2001, in the third round of the NBA draft, he was selected by the Atlanta Hawks but immediately transferred to the Memphis Grizzlies. Pau thus became only the second Spaniard to play in the NBA, and in that first season he was named Rookie of the Year.

In 2006, Pau was the first Spaniard chosen to play in an All-Star Game, in Houston, the first of his six appearances in this event. He has two NBA championship rings with the Los Angeles Lakers. Playing with the Spanish national team, Pau has earned many distinctions, including three Olympic medals, a gold medal in the 2006 World Championship,  and three European championships. In many of these events he was named MVP.

Along with his brother Marc Gasol, since 2013 he has headed the Gasol Foundation, which promotes healthy habits. Since 2019 Pau has been a Global Champion for Nutrition and Zero Childhood Obesity for UNICEF, an organization he represented previously as an ambassador.

Pau is an official candidate for the Athletes’ Commission of the IOC and author of two books: Vida and Bajo el aro.